The Denver Post, in the Empire Magazine of June 27, 1976, published a recipe for Watergate Salad. Rumor has it that Watergate salad was a concoction thought up by a sous chef at the Watergate Hotel, and it was then served at brunch on most weekends. Watergate Salad took off in popularity during and after the presidential scandal which shares the same name. However, the Denver Post article does not verify this rumor, noting like most sources that the origins of the name are obscure.

Syndicated household advice columnists Anne Adams and Nan Nash-Cummings, in their "Anne & Nan" column of October 9, 1997, reported that name came from the similar "Watergate Cake" (which shares most of the same ingredients) "The recipes came out during the Watergate scandal. The cake has a 'cover-up' icing and is full of nuts. The salad is also full of nuts."  Both cake and salad were part of a trend for satirically-named recipes such as Nixon's Perfectly Clear Consomme and Liddy's Clam-Up Chowder.

In 1922 Helen Keller published a similar recipe, calling for canned diced pineapple, nuts, marshmallows, whipped cream and other ingredients. "I ate it first in California, so I call it Golden Gate Salad". Similar "fruit salad" and "pineapple salad" recipes had been published in the 1910s, and "Golden Gate Salad" was served in some American hotels.

I hope this has been a fun trip down memory lane for some of you and I hope that if you haven't met watergate salad that you will give this a try sometime soon and love it! 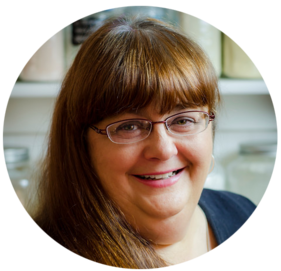 ​Combine crushed pineapple and pudding mix in a large bowl until well combined.

Fold in whipped topping until evenly distributed and evenly light green in color with no veins of dark green in the mixture.

Transfer to a serving bowl and decorate the top with pecan halves if desired.

You can also choose to add 1 cup of flaked, sweetened pineapple and or halved maraschino cherries if desired. 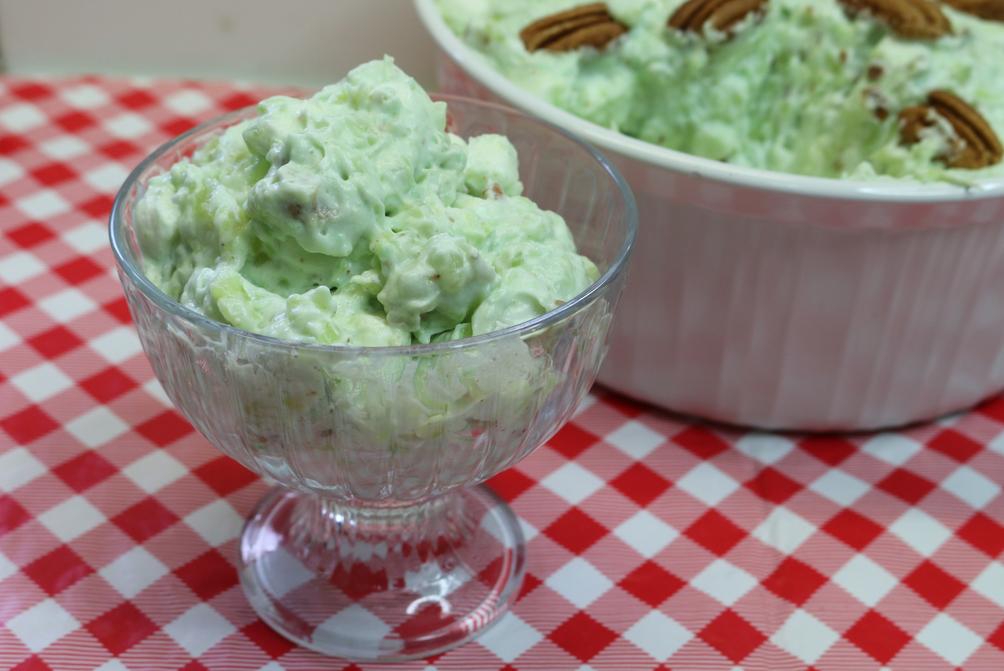 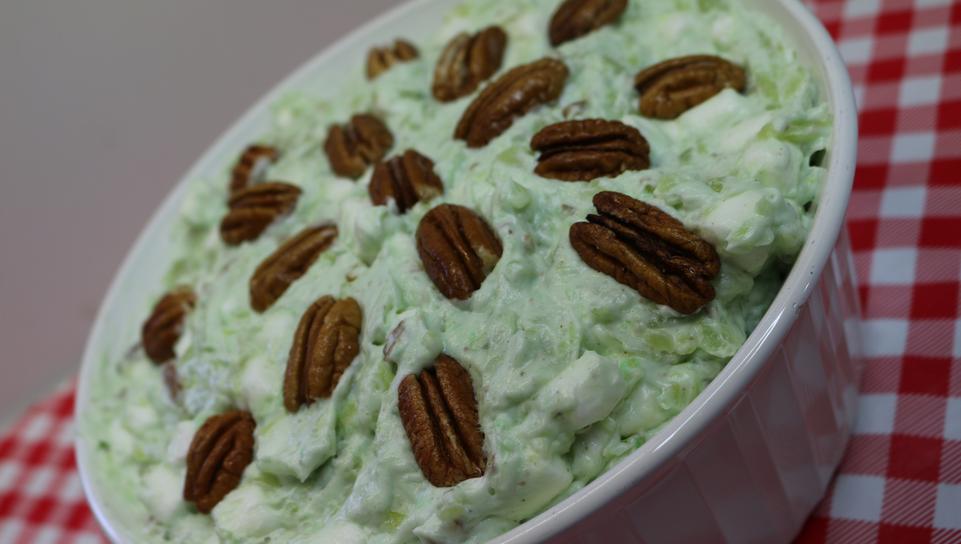 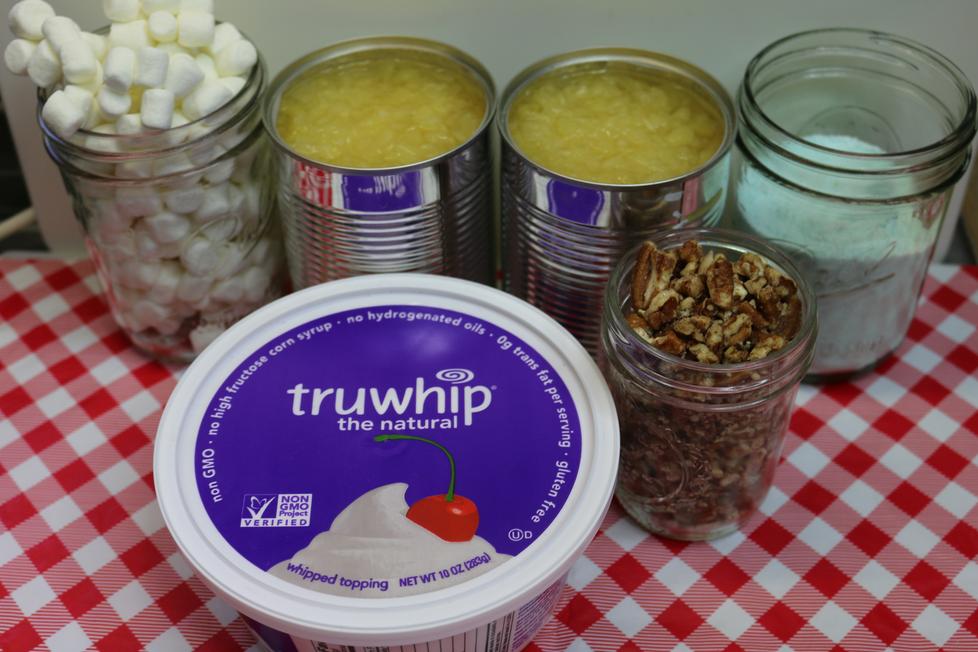 We are going strong with the retro recipes!  This time around it's Watergate salad!  This bright green, creamy concoction is full of pineapple, marshmallows, pecans and of course whipped topping and pistachio pudding.  A true throwback to the 70s or is it?  I am also going to share some information with you on the origins of this delicious "salad" that is really a dessert.

This is truly a throwback and anyone who grew up in the 1970s knows exactly what this is.  Maybe you haven't had it in a while or maybe it is a regular guest at your holiday dinner or church potluck.  In any case if you love all things creamy, pineapple-ee and marshmallowee, then you are going to love this.

The best part of this salad is that it is easy to make.  Toss everything in a bowl and stir it up.  Put it in the fridge and you are good to go.  You can eat it right away or you can chill it and it is even more delicious.  You can make this with one or two boxes of pudding mix.  I must admit, the two boxes made this ultra sweet.  So make it your own.

WELCOME TO MY KITCHEN! I COOK REAL FOOD FOR REAL PEOPLE LIKE YOUR MOM OR YOUR GRANDMA DID BECAUSE THAT IS HOW I LEARNED FROM MY PASTRY CHEF MOM AND FANTASTIC, OLD WORLD GRANDMOTHERS!IF YOU ARE HERE  FOR THE FIRST TIME, I INVITE YOU TO HAVE A LOOK AROUND AND EXPLORE SOME OF MY QUICK, EASY TO UNDERSTAND AND DELICIOUS RECIPES!  COME SPEND SOME TIME WITH ME AND MY FAMILY LEARNING HOW TO COOK, PURE, WHOLESOME FOOD! I HOPE YOU TRY THESE RECIPES AND I HOPE YOU LOVE THEM!  HAPPY EATING!

Hi!  I'm Noreen, wife, mother of two amazing, almost grown, daughters, content creator, cook, baker and sister in Christ. Welcome to my Kitchen!   I hope you stick around, enjoy the recipes and share them with those you love!

Mix up the nuts or leave them out.  I used pecans, but you could use pistachios, walnuts or slivered almonds if you prefer.  Do you like more marshmallows?  Toss them in.  Like less, back off a little.  You see where this is going right?  You can customize this to suit your taste.  You could even add cherries and coconut to this for even more flavor.  Or you could serve them on top when dishing this up for a cool summer dessert.

The origins of this salad are vague but here is what I learned:
The origin of the name “Watergate salad” is obscure. The recipe was published by General Foods (since merged into what is now Kraft Heinz) and called for two General Foods products: Jell-O instant pistachio pudding and Cool Whip whipped topping, a whipped-cream substitute. According to Kraft, "There are several urban myths regarding the name change, but we can’t substantiate any of them." Several competing explanations exist.

Kraft Corporate Affairs said: "We developed the recipe for Pistachio Pineapple Delight. It was in 1975, the same year that pistachio pudding mix came out." Kraft, however, didn't refer to it as Watergate Salad until consumers started requesting the recipe for it under the name. "According to Kraft Kitchens, when the recipe for Pistachio Pineapple Delight was sent out, an unnamed Chicago food editor renamed it Watergate Salad to promote interest in the recipe when she printed it in her column." Neither the article nor editor has been tracked down, however.